A blog by Sara Anne Petrucci.

On March 27th, 2020 Ottawa-Carleton School Board Trustee, Donna Blackburn harassed a black student athlete playing basketball alone in a public park. She snapped a photo of the under-aged student and posted it onto her social media account stating,

Apparently I have another title Park Patrol. This kid has been playing for over an hour and won’t leave. I have called by-law and will stand here until they come. I will follow the kid home if I have to. See why you elected me Trustee, I never give up. I want to keep my community safe and this kid needs to learn to follow the rules!! Kid went to (School Name).

Donna stated the school name of the student, but for privacy laws surrounding minors I will not write that information. As Critical Race Theory makes clear, everyday racisms are woven into the material, cultural, and psychic fabric of our lived experiences. They may be conscious or unconscious, and continue to re-emerge in new and different ways (DeCuir and Dixon, 2004). Let me be clear here, Donna “policed” this young black student’s body for more than an hour, called the authorities, threatened him by saying she will follow him home, and released personal information about the under-aged student on social media.

In her statement, she refers to herself as the Park Patrol, a self-proclaimed title that forms its purpose on the surveillance and criminalization of a black body in a public space. Similarly, a White Canadian woman in New York’s Central Park called the police on a Black bird watcher, claiming her life was being “threatened by an African-American Man” (Boyton, 2020). Donna positioned herself with the same authority as a police officer when she violated social distancing protocols to confront the student, making her above the law while attempting to maintain the law itself.  Her whiteness is used as her uniform, a uniform that has been scrutinizing Black bodies in public spaces for over a century in Canada.

Shah (2019) invites us to consider how “Socially engaged Buddhism can be used to investigate how neo(liberalism), colonialism, white supremacy, patriarchy, heteronormativity and other systems of oppression which are designed to categorize us and foster competition for power and control operate in and through us” (p. 51). In relation to this context, Donna Blackburn made a threat that was disproportionately against this young Black male in Ontario, who is as the research makes clear four times higher than the general youth population to be overrepresented in youth detention centres (Owusu-Bempah, 2013). She makes an in-person threat that he will end up locked up at the detention centre on Innes Road if he doesn’t follow social distancing rules (Miller, 2020).  Her curriculum-as-lived illustrates the systemic structures and educative participation in the school-to-prison pipeline that seeks to criminalizes youth out of education and into prison system. Here Shah (2018) states, “it is also imperative that all educators engage in the ongoing interrogation of their intersecting forms of privilege and power as an important attempt to counteract the hegemonic structures that dominate schooling practices” (p. 2). As such, Donna Blackburn, an elected school board trustee, fails to recognize her privilege and power as a white, middle class woman, and in turn reproduces a narrative that isn’t critical of the school-to-prison pipeline industrial system in Canada.

…white leaders engaging in social justice leadership need strategies to dialogue and facilitate dialogues across differences in ways that account for power differences and racial hierarchies between and among different stakeholder groups. This requires a complex and nuanced understanding of the ways in which white privilege operates (e.g., microaggressions, white fragility, internalized oppression of subordinated groups, etc.), or these strategies run the risk of being ‘safe’ discussions that perpetuate oppressive relationships, discourses, policies and practices. (p. 28)

As an OCDSB Trustee whose role “is to maintain a focus on student achievement, well-being and equity in the community,” she must become aware of how whiteness and privilege operates in her relation to her Trustee position (OESC, 2018).  She proclaims that her elected trustee position is based on her ability and persistence to police a black student. “This is why you elected me Trustee, I never give up,” Blackburn (2020) tells us. Here Shah (2019) asks us to reconsider: How does our unconscious ego recentre our individuality at the expense of collective liberation?

On April 28th, 2020, the Ottawa-Carleton District School Board held its monthly Board of Trustee Meeting, a public meeting online that didn’t allow the family members of the student to speak at, and failed to address any questions asked by a black community organizer Richard Sharpe because of a technicality to maintain privacy when a Trustee is under investigation. Sharpe along with Ottawa Black organizations such as 613/819 Black Hub, African Canadian Association of Ottawa, African Diaspora Action Team, Black Agenda Noir, Black Ottawa Business, Justice for Abdirahman Abdi Coalition, Somali Centre for Family Services, and South Sudanese Community Association of Canada advocate persistently for a long overdue race-based data collection to address the systemic anti-blackness in the Ottawa-Carleton District Schools as parents, and community members are concerned with the physical, mental, emotional and spiritual well-being of black and racialized students within the school board. Their voices have led to a student wide survey that was completed in February, 2020 but will not be released to the public until July, 2020 (OCDSB, 2020). The survey will examine the rate of students streamed into applied or essential programs, rates of suspensions and expulsions, and racism experienced in OCDSB schools (OCDSB,2020).  A similar survey was conducted within the Toronto District School Board which highlighted the systemic anti-blackness within the TDSB (Black Demographic Data Advisory Committee, 2011).

The Chair speaker Lynn Scott acknowledged “that an alleged incident occurred on 27 March 2020 between Trustee Blackburn and a community resident. Where the details of the incident are not yet known, but the Board is concerned about the allegations of racism and bias” (OCDSB, 2020).  Donna remains the OCDSB Trustee of Barrhaven, and maintains her voting authority and participation in public board meetings in respect to student achievement, well-being and equity.  She is quietly under investigation for “breaking social distancing rules” (Chianello, 2020). On May 31st, 2020, the day that the black community gathered in Ottawa to mourn the death of Regis Korchinski-Paquet, a Black Indigenous woman killed by the Toronto Police, Trustee Evans (2020) released a public statement expressing her concerns with how the school board is using its policies and procedures to prolong the decision regarding Trustee Blackburn. The Black community along with Trustee Evans is calling for her resignation as Trustee. To support Donna Blackburn’s resignation, it is important to email your local school board Trustee to express your concerns.

The lack of public and media attention given to this story and stories where Black and Indigenous people are killed by Canadian police like Regis Korchinski-Paque, Jason Collins (2020), Elisha Husdon (2020), and D’Andrea Campbell (2020) keeps racism in Canada as a local issue rather than a national problem in Canada. Maynard (2017), expresses that the erasure of Black experiences is itself a form of violence. By ignoring Black experiences in Canada it perpetuates the idea that racism doesn’t exist, and it’s rather an “American problem.” Rioting is often used to describe Black uprisings that demand justice for Black lives, some made famous by media are the Attica Prison Riots, and Chicago Riots. Civic unrest as nonviolent protests, and even rioting, begins when police use extreme and excessive forms of violence such as tear-gas, rubber bullets, line sweeps, and arrests which generate fear in crowds of peaceful protestors leaving some with the option to disperse while others are stuck in the ongoing forces of settler colonial violence. As the media draws its attention towards public property damage and police solidarity in protest, it is erasing the lives of many Black activists who have been arrested and killed for protesting for the lives of George Floyd, Breonna Taylor, Ahmaud Arbery, and Tony McDade.

Shah, V. (2018). Leadership for Social Justice through the Lens of Self- Identified, Racially and Other-Privileged Leaders. Journal of Global Citizenship and Equity Education.6(1), pp. 1-41.

School Board Trustees – Who are they? Why are they important? (n.d.). Retrieved from https://elections.ontarioschooltrustees.org

Evans, L. (2020). Statement from Trustee Evans On the Events of March 27th and the OCDSB Response.

Boynton, S. (2020, May 27). Woman called police on a Black man in Central Park, then she was fired. Retrieved from https://globalnews.ca/news/6985749/central-park-dog-walker-video-black-man/

Family of man fatally shot by Winnipeg police says he overcame ‘troubled past’ to care for kids | CBC News. (2020, April 12). Retrieved from https://www.cbc.ca/news/canada/manitoba/jason-collins-shot-dead-by-winnipeg-police-anderson-avenue-1.5530108 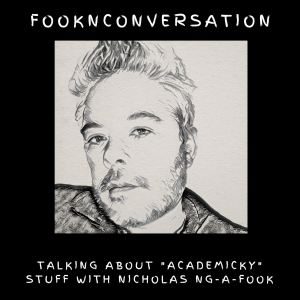