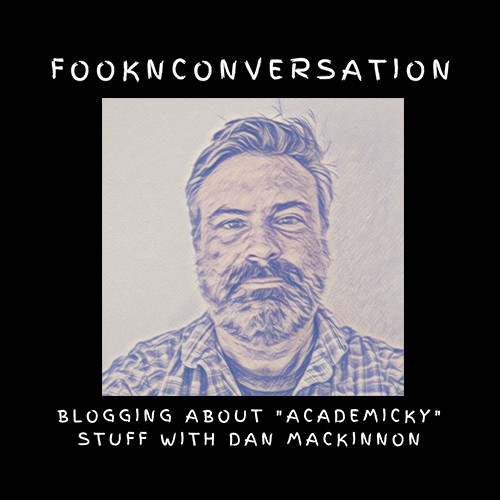 A blog by Dan MacKinnon.

In a brief moment away from the computer screen, I read an essay by Jill Lepore in this week’s New Yorker that strongly resonated with the readings provided by Lindsay Gibson and with other thoughts that I was having about applying critical thinking to the past and present. Reflecting on various retellings of the events surrounding the killings of student protesters in 1970 at Kent State, Lepore reminds us about parts of the history that are not often told, ponders questions of ethical responsibility, and calls for a reappraisal of how we tell this story. In this critical re-assessment of a story that is woven into popular culture and national myths, we see a line of violence that stretches back further into the past than might be expected, and that extends forward to our present moment.

The confrontation that led to the deaths of four students at Kent State at the hands of US National Guards on May 4 1970 presents what Gibson (2018) would classify as a “difficult historical event” and demands that we ask “compelling questions” (Milligan, et al., 2018). It is a particularly sharp example of the complexity of history-making and of how politics and culture determine what part of history is told. When unchallenged by the philosophical treatment encouraged by Milligan et al. (2018), this event fits neatly into our received ideas of about this period of protest against the Vietnam War (many can’t think about this event without hearing the opening chords to CSNY’s “Ohio” in the back of their minds, and I’ll admit to sliding on the vinyl of Neil Young’s Decade while I read Lepore’s piece).

Lepore (2020) begins her story by telling the story of two students from Jackson State, who were killed by US National Guards 11 days after the students from Kent were shot and killed. The story of these black students is less often told, and the motivation for the violence against them more clearly linked to a reaction against the civil rights movement than to action against the anti-war protesters. Lepore also reminds us of other neglected protest violence from the same period: an mostly forgotten counter-protest supporting the actions of the National Guard against the students of Jackson and Kent State, in which Lepore identifies the origins of contemporary white working class populist movements (an event in New York city that was dubbed “the hard hat riot”). In this retelling, the simple story of a violent response to a war protest is problematized and linked to long histories of racial and economic exclusion and the current society protest we all witnessed over this past week and weekend. Lepore (2020) identifies a way forward that resonates with the process of métissage as outlined by Donald (2004), calling for a new kind of history that can encompass the conflicting narratives that currently seem to exclude each other:

No one has been punished, and no one is going to be. Except everyone’s been punished, the whole nation has suffered, and will keep on suffering, until the shooting stops. That will take a political settlement, a peace, that the nation has needed for half a century. And it will require a history that can account for Greensboro, and Berkeley, and Kent State, and the Hardhats, and Jackson State, all at once.

Lepore is calling on us all to look at this event through the sort of ethical lens that Milligan et al. (2018) argue should be applied in the classroom.  This seems imperative, yet hard to do. Fallace (2016), locates the origin of classroom debates and concerns for developing critical anti-authoritarian thinking skills in the early 20th century post war period: at this time, a sense of existential crisis motivated teachers to see the development of critical thinking skills as essential. Since then, as noted by Gibson (2018), it seems there has been a sense of growing reticence to engage in critical classroom debate. This reluctance to engage in difficult discussion and critical debate in school has been attributed by Fallace (2016) to the perceived disappearance of immanent totalitarian threats in the post cold-war era. Gibson suggests that perhaps the global CoronaVirus pandemic may provide new existential pressure (by “exposing the cracks”) and lead to critical appraisals of long-unquestioned values and understandings (Ng-A-Fook, 2020, April 6). Lepore similarly sees existential crisis still at our door, locating a threat within the rise of populism and the persistence of racial violence. There are many compelling reasons for looking critically at history today, and perhaps these reasons are compounding. As we think of all the reasons why we must look at history with an ethical and philosophical view, we also have to come to terms with our tendency to look away and fall back on comfortable received ideas. This tendency is aided by powerful forces within us and within society that arrange themselves to protect the status quo, even when the status quo is objectively unsustainable. The problems of confronting history and thinking critically about the past and present are problems of psychology and politics, as well as of philosophy.

Donald, D. T. (2004). Edmonton pentimento re-reading history in the case of the Papaschase Cree. Journal of the Canadian Association for Curriculum Studies, 2(1).

Gibson, L. (2018). Ethical Judgments About the Difficult Past: Observations From the Classroom (pp. 81-103). In Magdalena Gross & Luke Terra. (Eds.). History and Social Studies Education in a Context of Intolerance. Routledge.