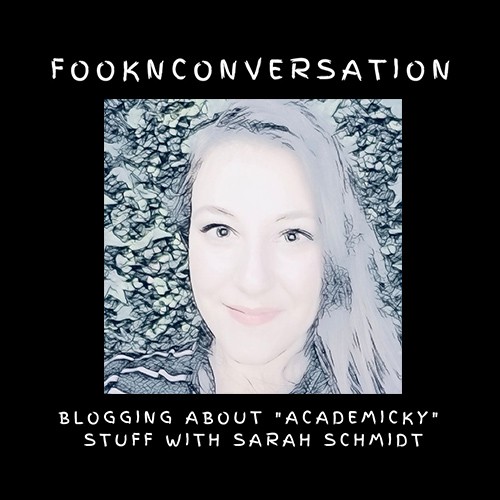 A blog by Sarah Schmidt.

Facts and figures allow us to compartmentalize our understanding and relation to acts of evil. By summarizing horrific and complicated events into an accessible narrative of evil, we provide a connotation of absolutism (Romig, 2012). It removes the need or ability to truly understand, let alone acknowledge or relate to, the complex realities (and histories) of those involved in genocide and other evil acts.

Evil continues to serve as a broad embodiment of historical and ongoing atrocities, individuals, and groups. When used as a catchall descriptor amongst the facts and figures framed as historical narrative, there is a complicit ignorance to soothe our existential fears and justifies an avoidance in critically identifying cause or responsibility (van Kessel, 2018). The use of evil as a blanket term Romig (2012) suggests reflects more on those who readily rely on it than on whom or where it is directed.

“Evil” has become the word we apply to perpetrators who we’re both unable and unwilling to do anything to repair, and for whom all of our mechanisms of justice seem unequal: it describes the limits of what malevolence we’re able to bear. In the end, it’s a word that says more about the helplessness of the accuser than it does the transgressor. (para. 11)

This sense of helplessness and thoughtless complicity are two concepts that van Kessel (2018) seeks to address when discussing genocide and evil with learners by incorporating “three interrelated strategies” to prevent similar or different evils in the future (p. 165). The first strategy amalgamates Arendt’s Banality of Evil Theory with Becker’s Terror Management Theory. van Kessel (2018) uses the combined theories to illustrate how intentional and unintentional ordinary acts of evil are influenced when a person or a group’s existential fears are challenged. This strategy enables learners the opportunity to unpack the layers of how, what, and why acts of evil occur and to contemplate the ramifications. The second strategy, van Kessel suggests, is “teaching disobedience” (p. 166). She encourages learners to challenge authoritative narratives that define understandings and obedience. This includes the importance of a development and application of critical thinking. Facilitating the growth of critical thinking skills offers learners the ability to thoughtfully protest the blind acceptance of directives and perspectives, whether issued by a teacher or government authority (Ng-A-Fook, 2020). van Kessel’s (2018) third strategy is “expanding fetishized perception” (p. 167). In this approach, she urges learners to resist resorting to reductively qualifying everything and everyone as ‘evil’ as a simplified means to justify actions (Romig, 2012) or a challenging worldview. Instead, the emphasis is placed on the importance of acknowledging there are different worldviews and narratives that comprise our society on a local, national, and world scale. Instead of dismissing contradictory perspectives, learners are encouraged to acknowledge and engage positively with the intention of reducing future conflicts (van Kessel, 2018; Ng-A-Fook, 2020).

In response to the bombardment of historical facts and figures that quantified and qualified evil in school, from an early age, I have often relied on music as a medium to gather a deeper understanding. Music has the ability to reveal perspectives and experiences hidden or overlooked within historical and current events. The melodies, harmonies, and dissonance interwoven with lyrics or amongst instrumental voices can provide contextual transcendence of the facts and figures that dominate the documented narratives. Whether written 500 or 5 years ago, nuances of experience and perspectives can be illustrated with dissonance amongst voices (instrumental and/or vocal), rhythmic repetition of lyrics, melodic motifs, or a refusal for tonal resolve. Using music as a medium affords us pedagogical and curricular possibilities to reconsider and challenge dominant narratives of history.

I found myself returning to Shostakovich’s Symphony No. 13 “Babi Yar” to reflect and process van Kessel’s (2018) question: “How might we teach about genocide with a view toward a less violent future” (p. 160)? As I listened to the Chicago Symphony Orchestra’s 2020 live recording of “Babi Yar,” I revisited the story of Shostakovich’s compositional return to musical civil disobedience by placing a spotlight on the perpetuation of evil and suppression of voices.

Shostakovich’s compositions influenced me greatly in my undergraduate music studies, in particular his seventh and thirteenth symphonies. They continue to represent a willingness to denounce authoritarian narratives and silencing of voices compositionally, despite living as an artist. The seventh symphony is a sombre representation of the trauma and desperate perseverance experienced by the Russian people during World War Two. Whereas, in setting five poems of dissent by Yevgeny Yevtushenko, the thirteenth symphony is an “anguished protest against the centuries-old burden of anti-Semitism in Russia and a heroic stand against state-sponsored oppression of human rights” (Shiman & Fernekes, 1999, p. 53). To analyze the layers in Shostakovich’s compositions is also to recognize the complexity of living under Soviet ruling. As a composer and recognized voice (when in favour) in Soviet Russia, Shostakovich used music to express national pride, a dedication to the people of the Soviet Union, but also to urge ordinary conscious disobedience in the face of state dominated thoughtlessness.

Prior to Shostakovich’s composition and subsequent premiere of Symphony No. 13, concerns were expressed that his music had succumbed to the Soviet rhetoric (Elphick, 2017). Following the premiere of his thirteenth symphony, Shostakovich was once again revered for returning to his previous defiant voice by his critics. However, this sentiment was not shared by the Soviet Party. Prior to the premiere, Soviet officials learned that the symphony included textual and musical accusation of Soviet anti-Semitism. Under threat of cancellation, Yevtushenko substituted text in the Babi Yar poem for a more accepted Soviet narrative, as directed. However, Shostakovich did not comply. And, the symphony experienced the consequences for his civil disobedience. The original text of Babi Yar was not yet again heard in Soviet Union until the 1980’s (Peterson, 2011). While not outright banned, future performances were so limited that the symphonic message may have experienced a worse fate by essentially being reduced to the same silence it was denouncing.

Each of the five movements, “Babi Yar,” “Humour,” “In the Store,” “Fears,” “Careers,” in Shostakovich’s Symphony No. 13 illustrate concepts and approaches related to van Kessel’s suggested three strategies in considering instances of evil and how to prevent future perpetuation. The first movement exemplifies Shostakovich’s use of various concepts that van Kessel advocates for in the three strategies to recognize and explore varied conceptualizations of evil.

From the beginning of the first movement, Shostakovich declares a need for a contrasting voice to the state narrative and denounces the never-ending violence by ordinary individuals against the Jewish people by using Yevtushenko’s (1961/2005) text “No monument stands over Babi Yar.” The first movement emphasizes a sense of somber immediacy for recognizing the intensive evil (van Kessel, 2018) conducted at Babi Yar, the site of the 1941 Nazi massacre of 33,000 Jewish people near Kiev. An emphasis on, what van Kessel (2018) identifies as extensive evil is conveyed through the denouncement of continual anti-Semitic sentiment and the unwillingness to erect a monument to the mass murder that occurred on Soviet soil. Further condemnation is satirized using a word painting set to the remainder of Yevtushenko’s poem to highlight additional events of anti-Semitism, including a Russian pogrom, a 1941 French trial enveloped in anti-Semitism, and the story of Anne Frank. Rather than placing emphasis on one evil act, Shostakovich further alludes that everyone are culprits in perpetuating anti-Semitism, including all Soviets by unchallenging the narrative that a monument would overshadow all the deaths of Soviets people at the hands of the Nazis.

Throughout each movement, Shostakovich urges listeners to decompartmentalize associations of evil beyond the overt acts, individuals and groups and to consider their own responsibility in reactions. Although only the first movement was briefly explored, Shostakovich’s symphonic setting of Yevtuchenko’s poetry embodies required elements of van Kessel’s (2018) three strategies for comprehending and preventing future acts of evil. As a composer and a Russian, Shostakovich experienced suppression by the Soviet Party. Yet he intentionally composed music to critique and evoke change in listeners actions and beliefs by challenging the facts and figures of the surrounding societal narrative. van Kessel (2018; Ng-A-Fook, 2020) refers to the importance of including various mediums to provide learners opportunity for critical analysis. Perhaps, music can also be considered as a medium for deconstructing the nuanced conceptions of evil. For the interconnections between voices, instruments, and/or text can provide unique layers for analysis and understanding to provide a different contextualized opportunity discourse of understanding and awareness to work against perpetuation of humanly evil in the future.